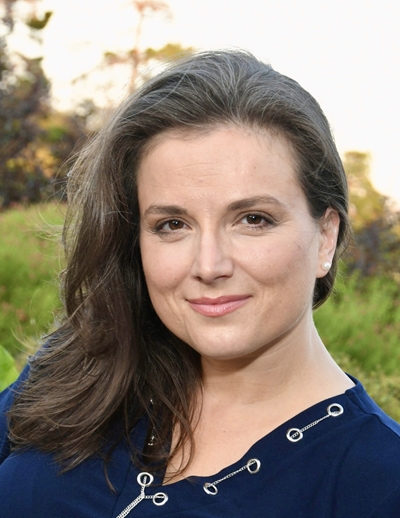 "Beautiful, silvery voice" and "real artistry" have been used to describe the singing of French lyric coloratura soprano Célia Wollenberg.

A seasoned performer and versatile actress, Célia Wollenberg has sung many operatic roles, including: the title role in Lakmé; Philine, in Mignon; Rosina, in The Barber of Seville; the Queen of the Night, in Die Zauberföte; Madame Herz, in Der Shauspieldirektor; Despina, in Così fan tutte; Valencienne, in The Merry Widow; and First Witch in the 2008 OETA televised production of Dido and Aeneas. Adam Scott, with the Norman Transcript, described her in Lakmé as "an impressive blend of airy, seductive, disturbed, innocent, uncompromising and passionate." And Josef Woodard, with the Santa Barbara News-Press, called her Philine "playful and suitably overthe-top, vibrato enriched extravagance."

In addition to singing opera, Célia enjoys soloing in concerts and recitals. Her recent credits include: Bach’s Magnificat with the OU Academia Filarmonica; a recital of love songs, entitled La Vie en Rose, with Cimarron Opera; and Handel’s Messiah, with the Enid Symphony Orchestra.

A student of Dr. Donna Mitchell-Cox, she completed a BMA in Voice with distinction, and a MM and a DMA in Voice Performance from the University of Oklahoma. She received many awards and scholarships, including the Benton-Schmidt Vocal Scholarship and the Hoving Endowed Doctoral Fellowship. She spent two summers as a Voice Fellow at the Music Academy of the West, in Santa Barbara, California, studying with Fred Carama and the greatly acclaimed American Mezzo-Soprano, Marilyn Horne.

Dr. Wollenberg is also a certified teacher in the Somatic Voicework™ The LoVetri Method, a registration-based method, increasing her success in teaching a variety of singing styles besides classical, including musical theater and all contemporary commercial music. She believes in a holistic approach to singing, encouraging awareness, self-discovery and self-confidence through the process of making sound.

Dr. Wollenberg joined the OU Voice Faculty in fall 2019, after two nine-week visits substituting for Dr. Donna Mitchell-Cox in fall 2016, and for Dr. Joel Burcham in fall 2018. Her teaching responsibilities include Applied Voice as well as Italian and English Lyric Diction. She also teaches Applied Voice at the University of Central Oklahoma. She regularly soloes and leads the soprano section in the choir of the First Presbyterian Church of Norman. She lives in Norman with her husband, Justin, and young son, Michel.