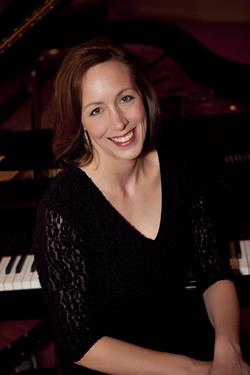 Dr. Avery concertizes and gives masterclasses regularly throughout the United States and Europe. An advocate of the music of living composers, she has given world premiere performances at New York City’s Carnegie Hall’s Weill Recital Hall and Steinway Hall, and has premiered Italian operas with the International Opera Theater in the Umbria and Piemonte regions of Italy. Other notable engagements have included Eastman Opera Theater, Nashville Opera, and the Nashville Symphony and Symphony Chorus. She has played under such prominent conductors as Leonard Slatkin and John Mauceri. Recordings include Serenade for Sound Artist Records and Porgy and Bess for Decca.

Avery served several summers as coach/pianist for the “Deutsch für Sänger” program at Middlebury College’s prestigious German Language School, and currently is a faculty vocal coach at the Up North Vocal Institute, a unique and progressive Young Artist Program in Michigan.

Avery studied with Martin Katz at the University of Michigan and Jean Barr at the Eastman School of Music. She was the recipient of the esteemed C. Eschenbach Prize, in recognition of distinguished collaboration with singers. She has previously taught at the Crane School of Music, Castleton State College, and Austin Peay State University.

Dr. Avery joined the faculty of the University of Oklahoma School of Music in August 2011.