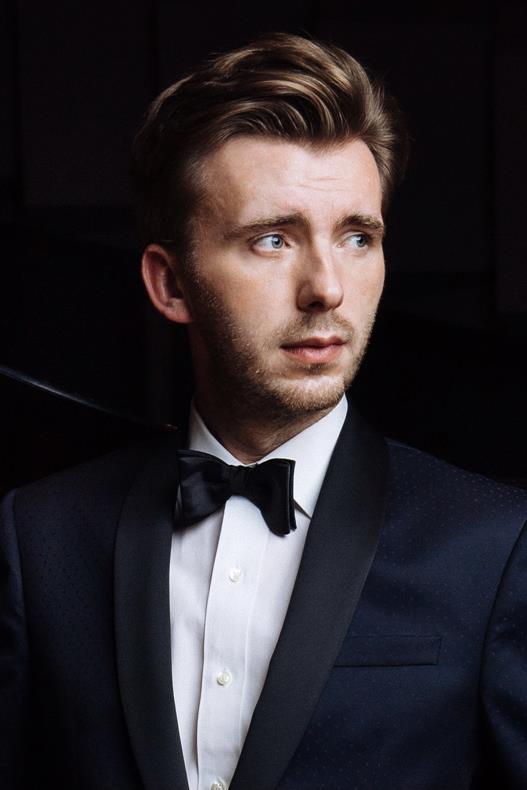 At age 12, Lipinski won the Grand Prix and the First Prize at the Paderewski Competition for Young Pianists in Tuchów, Poland. At 17, he played the role of a pianist in Kazimierz Braun’s theatre play "Paderewski's Children" at the University at Buffalo. A year later, he graduated from the Paderewski Music High School in Tarnów, Poland where he studied piano with Jaroslaw Iwaneczko.

Lipinski’s students have won multiple awards including the University of Oklahoma Concerto Competition and the Oklahoma MTNA Young Artist Piano Competition. Lipinski has been an adjudicator for many national piano competitions including Texas Music Teachers Association State Conference in Houston and the Young Artist Piano Competition Finals of the 2020 MTNA National Conference in Chicago where he was also selected to present a conference session entitled “Reimagining The Piano Recital: Creative Ideas To Engage Your Audience.”

Lipinski’s research interests focus on the history of recital programming featured in his DMA dissertation “From Liszt to Victor Borge: A Legacy of Unique Piano Performances.” Recognized for his own creative programming, Lipinski unified two of his lifetime passions, classical music and magic, in a unique recital program “Piano Illusions.” Originally developed for his honors senior thesis at Eastman, Lipinski collaborated on the program with Teller of Las Vegas duo Penn & Teller and won the WQXR Classical Comedy Contest at Caroline’s on Broadway. In light of his success in New York, Lipinski presented “Piano Illusions” at renowned concert series and festivals including Gina Bachauer International Piano Foundation in Salt Lake City and Musica del Cuore Concert Series in Hong Kong.

After the halt of his concert tour caused by COVID-19 in 2020, he turned to recording, started his own record label Vanishing Records, and released his first album Alchemy available for streaming on Spotify and Apple Music. His most recent releases feature an EP of Ravel’s piano music and Masterpieces, a collection of piano music inspired by works of art. Upcoming 2021 releases feature an album of Liszt’s song transcriptions, an EP of piano music by Grażyna Bacewicz, and two books of Janácek’s On an Overgrown Path.