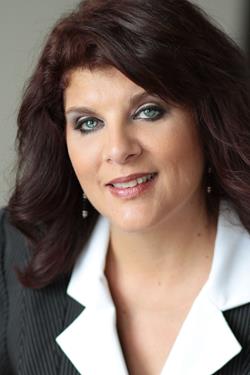 She has performed extensively in the United States and abroad in opera, oratorio and musical theater; and has recently performed (April 2017) Diana Goodman in Next to Normal at The East End Theater. Classically she most recently she performed ‘Orthlinde’ in Die Walkure for the Austin Lyric Opera; and as soprano soloist with the Colorado Symphony in Bernstein’s Mass and Handel’s Messiah. She has performed the following operatic roles: ‘Fiordiligi’ and ‘Despina’ in Cosi Fan Tutte, ‘Mimi’ and ‘Musetta’ in La Boheme, ‘Marguerite’ in Faust, ‘Countess’ in The Marriage of Figaro, ‘Donna Anna’ in Don Giovanni, Madeline in The Face on the Barroom Floor, ‘Nedda’ in Pagliacci, and ‘Angelica’ in Suor Angelica among other lyric soprano roles. Her professional musical theater credits include: ‘Desiree’ in A Little Night Music and ‘Marion’ in The Music Man and a series of musical theater evenings performed with the Santa Barbara Symphony featuring songs by Rodgers and Hammerstein, Jerome Kern and Harold Arlen.

Her musical theater graduates from Sam Houston State University have appeared on Broadway, in National and International tours and in regional theaters across the country and abroad. Most notably she was Katie Rose Clarke’s collegiate voice teacher. Katie Rose Clarke is currently the longest actress to perform Glinda in Wicked on Broadway. Katie Rose Clarke took over for Kelli O’Hara in the part of Clara Johnson in Guettel’s Light in the Piazza on broadway and finished the run including the PBS broadcast of the role when she was 21 years old. Her most recent roles on broadway are Ellen in the revival of Ms. Saigon, Hannah Campbell in Allegiance and she continues to perform Glinda in Wicked last seen in the role in December 2019. Ms.Cotton was also Nkrumah Gatling’s collegiate vocal instructor (currently Coalhouse in Ragtime at The Arden Theater in Philadelphia). The Escapologist in Matilda the musical on Broadway, ensemble and John understudy in the Ms. Saigon revival; Hair Broadway and National Tour; Porgy and Bess National Tour.

For more information please see robincottoncobb.com for a more complete list of her professional/equity musical theater and operatic graduates.

She has been an adjudicator for both classical and vocal competitions on the local, regional and national levels; and has presented workshops and masterclasses in (crossover) classical and musical theater audition repertoire, technique and coaching at the University of Louisiana in Monroe, Rose State College; and at various public and private high schools in Texas, Oklahoma, and Louisiana.

For the past ten years she has held numerous leadership position roles in the Houston National Association of Teachers of Singing Chapter GHNATS, serving a four year position as VP of Auditions for the GHNATS annual spring Competition, as well as serving four years as the college vocal music fair chairman for Houston’s largest collegiate vocal recruiting event. Her duties included running the college vocal music fair in October, and being the main contact liason between colleges in Arkansas, Louisiana, Oklahoma and Texas, as well as between Houston public and private high schools. She has adjudicated as a guest judge nationally for NATS in both the classical and musical theater divisions.

She holds a B.A. and M.M. in Vocal Performance and Pedagogy from the University of Texas at Austin and is honored to be a member of the outstanding OU Voice area faculty.