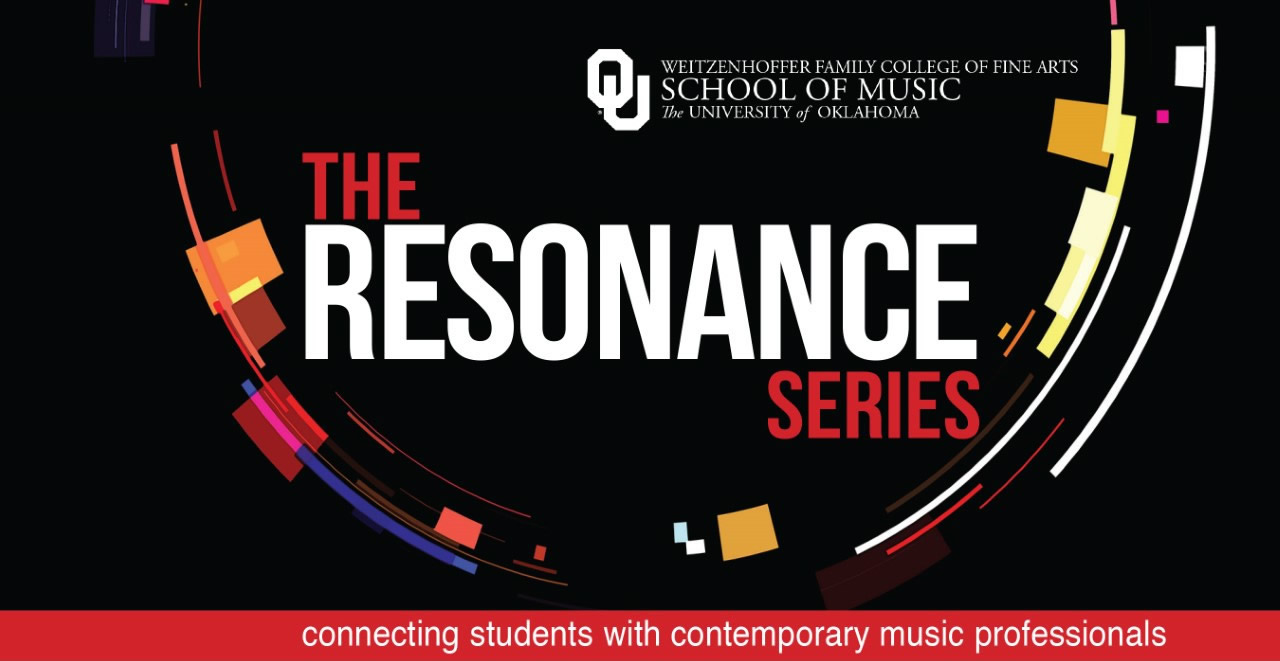 The Resonance Series is a guest lecture series brought to you by the OU School of Music, the Oklahoma Film and Music Office, and is in collaboration with the Recording Academy (GRAMMY's). The series brings music professionals from around the world to share their experiences, provide the future generation with insight into the industry and career paths, and answer questions students may have. Guests perform with our ensembles, give masterclasses, provide lectures, and connect with our students through in-person or virtual interviews.

Join us for free in person or online for this unique opportunity to listen to, work with, and ask questions of the music industry's most successful experts.