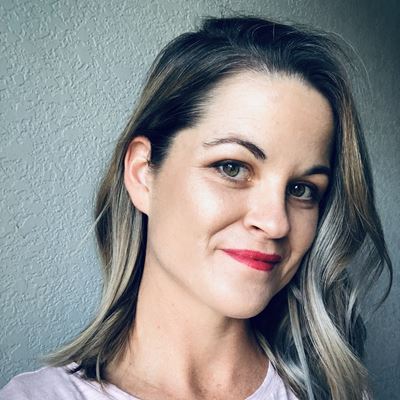 Melissa Baughman is an Assistant Professor of Choral/Vocal Music Education at the University of Oklahoma where she supervises student teachers and instructs undergraduate and graduate courses in choral methods, conducting, and vocal pedagogy. Prior to joining the faculty at OU, Dr. Baughman instructed music courses at Middle Tennessee State University, served as an adjunct voice instructor at Central Methodist University (MO), was the director of K–12 vocal music in Montpelier, Ohio, and maintained a thriving voice studio for over a decade.

As a choral conductor, Dr. Baughman maintains a robust schedule as a clinician and adjudicator throughout the United States. She has been invited to conduct the Kantorei Summer Choral Institute in Kansas City in June 2020 and the Women’s Choral Leadership Workshop at OU in September 2020. Throughout the state of Oklahoma, she has conducted several honor choirs sponsored by Circle the State with Song and the Oklahoma Choral Directors Association.

Praised as an “illustrious soprano,” Melissa’s performance highlights include singing the soprano solos for Haydn’s Kleine Orgelmesse, Vivaldi’s Gloria, Orff’s Carmina Burana, and Mozart’s Vesperae solennes de confessore. She is currently a guest artist with the American chamber choir, Vox Nova, who received The American Prize Ernst Bacon Memorial Award for the Performance of American Music–Community Ensemble Division in 2018. As a graduate student, she received first place in the National Association of Teachers of Singing (NATS) and Missouri Music Teachers Association (MMTA) voice competitions, and was named an Emerging Artist at MU. 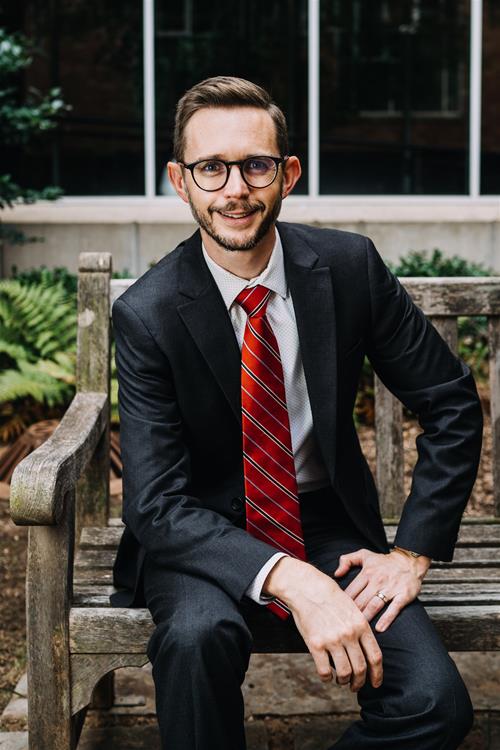 Christopher M. Baumgartner is Associate Professor of Music Education at the University of Oklahoma where he teaches undergraduate and graduate courses in music education, and supervises music student teachers and graduate music education research. He directs the OU New Horizons Band, recently commissioning A New Horizon by composer Cait Nishimura to commemorate the ensemble's 20 years on campus. Dr. Baumgartner also serves as Assistant Director for Undergraduate Studies and Advising, overseeing curricular decisions for all undergraduate degree programs in the School.

Prior to his appointment at OU, Dr. Baumgartner taught music education and bands at Middle Tennessee State University and the University of Missouri. An advocate for new music, he made routine guest conducting appearances with the Mizzou New Music Ensemble at Missouri, collaborating with the late Pulitzer Prize-winning composer Steven Stucky and Grammy-nominated composer Anna Clyne. Dr. Baumgartner taught instrumental music in the Kenton (Ohio) Public Schools for four years, directing the high school, middle school, and beginning band programs. He continues to serve as a clinician and adjudicator for school bands of all levels in Oklahoma and beyond.

Dr. Baumgartner is a member of the Journal of Music Teacher Education Editorial Review Committee. Recently appointed to the Society for Music Teacher Education Executive Board, he serves as ASPA (Area of Strategic Planning and Action) Coordinator, overseeing the 12 workgroups charged with developing and implementing action plans related to current critical issues in music teacher education. In Oklahoma, he founded the OkMEA Mentorship program, where he has designed and initiated a statewide music mentoring program and Beginning Teacher Workshop. Dr. Baumgartner serves on the NAfME Conference Planning Committee, and is a member of the Oklahoma Music Educators Association, National Association for Music Education, International Society for Music Education, Society for Music Teacher Education, Pi Kappa Lambda, Tau Beta Sigma, and Phi Mu Alpha Sinfonia. 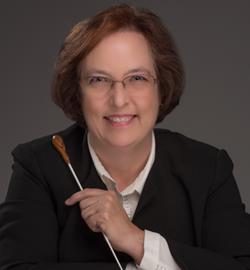 Dr. Charlene Dell teaches undergraduate courses in string methods and pedagogy, as well as the Introduction to Teaching Techniques courses. She also teaches the Current Trends classes at the graduate level. Dr. Dell brings sixteen years of teaching experience in the public schools of upstate New York and South Carolina to her teaching. She also currently serves as the Conductor for the Oklahoma Youth Philharmonic, part of the Oklahoma Youth Orchestras organization. She has presented clinics at the Music Educators National Conference, the American String Teachers Association National Conference, as well as the state conferences of Oklahoma, Texas, South Carolina, and New York. She has published in the Teaching Music through Orchestra book series, the Music Educators Journal, and the American String Teachers Journal, where she currently serves as Editor. She has also published in both national and international research journals. Dr. Dell also does guest conducting and adjudication. Her research areas are string intonation, arts integration and whole school reform, music learning theory, and orchestral recruitment and retention. 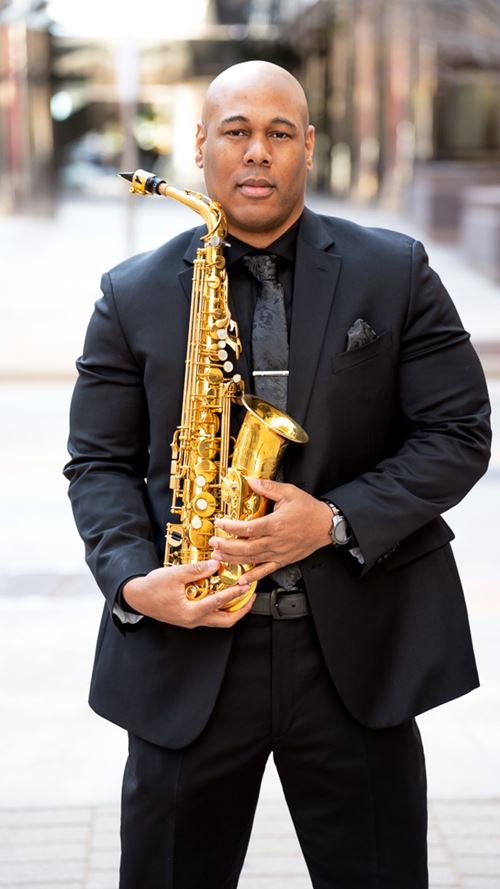 Dr. Easter began teaching at the University of Oklahoma in the Fall of 2020. He previously served as Director of Bands/Instructor of Music Education at Langston University (OK), and additionally served as a public-school band director in the Omaha (NE) and Oklahoma City (OK) school districts. As a public-school music educator, he had the privilege of providing a quality music education to diverse student populations in multiple low socio-economic status music programs. He earned a reputation for effective teaching and leadership as his programs, both traditional and jazz, flourished. He remains a frequent director and clinician in and is particularly interested in the cross-pollination of research and practice in instrumental music education.

Dr. Easters' primary research interests are in jazz education. He is particularly interested in developing methodologies and pedagogy that will significantly raise students' ability, self-efficacy, and practice room efficiency in jazz improvisation, primarily at the beginner level. Additionally, his research demonstrates the critical need to improve the ways music education teacher preparation programs teach jazz pedagogy to undergraduate music education students. His work has been published in multiple journals including Jazz Education in Research and Practice and he has presented at research and professional development conferences across the United States.

He is a passionate advocate for diversity, equity, and inclusion and has served as a mentor for students from diverse and underrepresented groups. 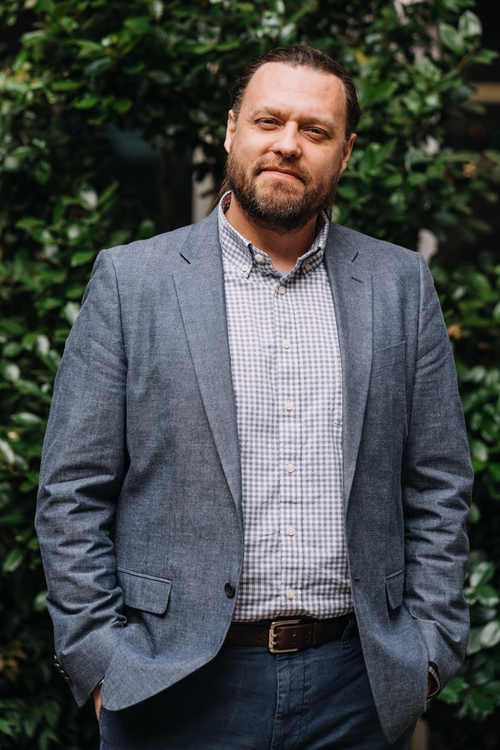 Dr. Casey Gerber is Associate Professor of Music at The University of Oklahoma. Dr. Gerber previously taught at Oklahoma Baptist University, The University of Mississippi and taught elementary and general music in the Oklahoma public schools. He received his Kodály certification from OU and has training in Orff‐Schulwerk. Dr. Gerber has published articles on a variety of topics in music education and is a recipient of the 2011 Alexander Ringer Award for Outstanding Doctoral Research from the Organization of American Kodály Educators. 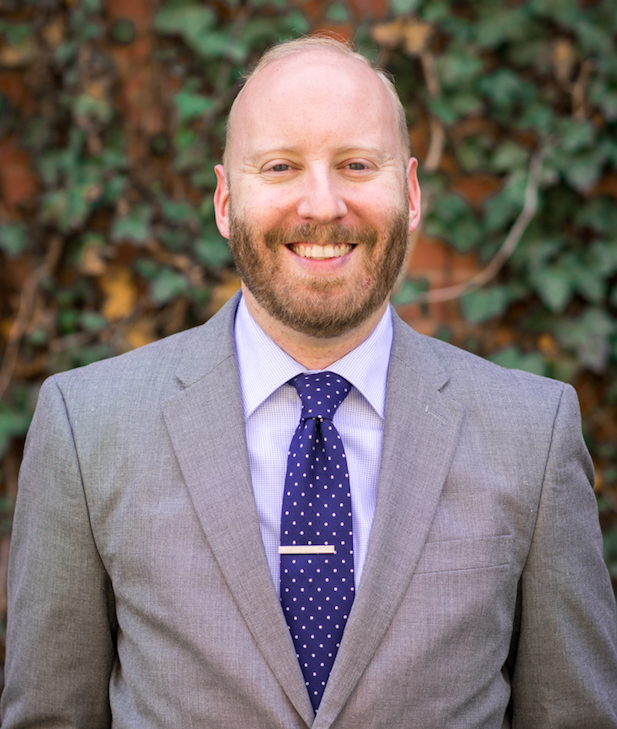